My grocery list is typically all groceries with a few extra items here and there. But those extra items and the groceries themselves tell a story. The whole list tells about my life. It tells my tastes, my eating habits, my faults, my milestones and my successes.

I tend to write characters that don’t feel quit real enough. Somehow wooden or contrived. It’s been a stumbling point for me. My problem is I don’t like the interview style worksheets because I tend to use them to create the exact character for the plot I want. Instead of creating a plot for a character. The order is important because the later is a puppet and the former is a person.

So what does characters have to do with my grocery list? I can’t buy a good character from the store… can I?

No, there is no character shop. But your character does shop. What would your character buy from the store, market, or trading post? What do they need? What do they want? Do they have the money to get what’s on the list? If not, do they steal? Did they write the list for themselves or to give to someone else?

Need me to sway you more? Check out this site that has collected thousands of dropped and misplaced lists for years: Grocery Lists

Now, in addition to the running list of eye color, body type, personality traits, flaws, and all that jazz I’ll be writing my character a shopping list. Or even writing a scene where they go shopping and I walk with them taking notes along the way.

What would be on your character’s grocery list? Now ask them why? You might be surprised by what you learn about them and yourself.

What’s the oddest or most telling thing you’ve put on your grocery list?

My first tomotillo!! Went right into salsa tonight and it added the most delicious zing! I'm growing these forever now, new favorite!!
DILL-ish! If the kitchen smells like dill then you know it's pickle making day! You don't need a big harvest to put up a few jars of pickles. You can do a few a day or all at once.
Some days you just have to pack up and go to the beach 🏖️🏖️🏖️
Somewhere in this massive mound of weeds (photo 1) are green beans, tomatoes, peppers, and several squash. I helped my FIL plant his garden and I've done a bad job of helping him maintain it. 🤦🤦🤦
Farm chores. My kids like doing chores that involves animals. How long does that last?
Ripening elderberry! 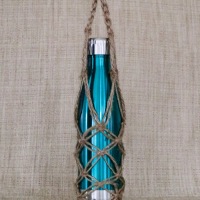